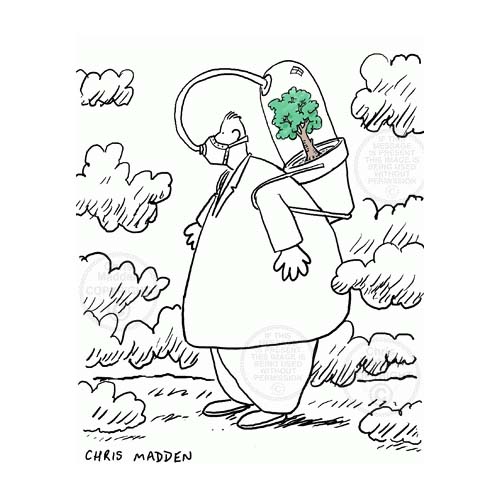 YOU NEED FRESH AIR WHETHER AT WORK OR AT HOME

THE FIRST OF ITS KIND UNDERWATER BREATHING APPARATUS

We all know what an SCBA diving apparatus is and in many movies we see the Divers wearing this gear and go underwater in search of Pearls or in case of accidents searching or undertaking rescue work for survivors. Here the Cylinder uses regenerated Oxygen for breathing. These are the Closed-Circuit Self-Contained breathing apparatus (CC-SCBA) devices are described as an apparatus of the type in which the exhaled breath is rebreathed by the wearer after the carbon dioxide has been effectively removed and oxygen concentration restored to suitable levels.

Little do many know that similar Apparatus is worn by Industrial Rescuers and Fire Fighters who instead of water enter Smoke Environments in search of survivors who may have either become unconscious or may have collapsed in case of Fire Breaking out in the Building, Market place, Industry and other places where sudden Fire erupts? 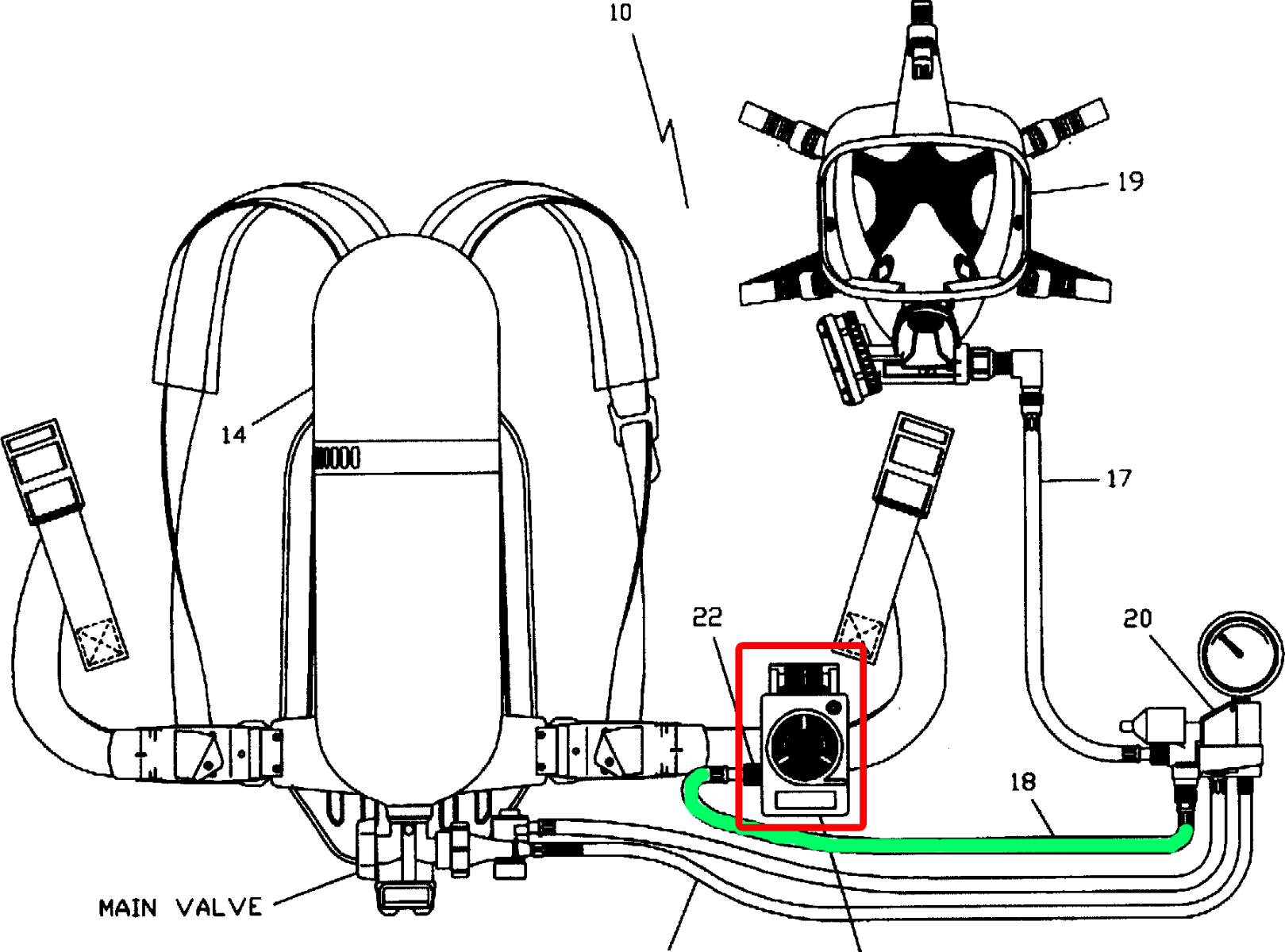 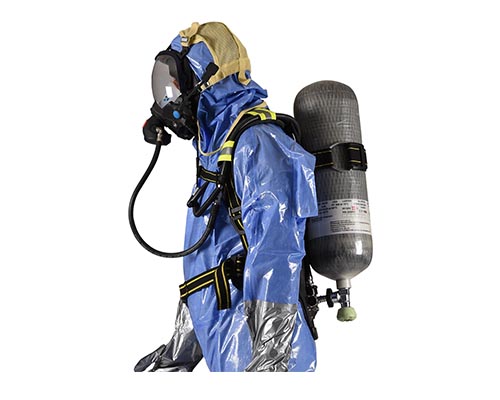 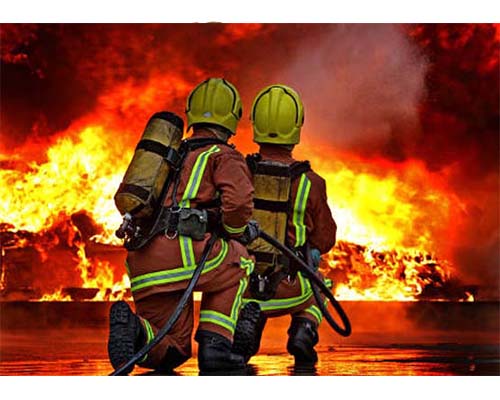 So what is this and how and where it is used?

It’s what is known as an Open-circuit industrial breathing sets which are filled with filtered, compressed air, rather than pure oxygen.

The term self-contained means that the SCBA is not dependent on a remote supply of breathing gas (e.g., through a long hose). It has a full face mask, regulator , air cylinder, cylinder pressure gauge, remote pressure gauge (sometimes with an integrated PASS device), and a harness with adjustable shoulder straps and waist belt which lets it be worn on the back. The air is supplied through the cylinder which usually comes in one of three standard sizes: 4 liters, 6 liters, or 6.8 liters.

History of Evolution of SCBA-Excerpts

The earliest use of any form of BA was noted in historical texts. One of the earliest attempts was a primitive device – an animal bladder filled with air to assist a diver who, weighted by a stone, sank to the bottom of a river. The main limitation of this system was the extremely short duration of decent due to the small amount of stored air available.

In 1818, a farmer’s barn caught fire in Whitstable in the UK, the farmer tried to extinguish the fire using a small hand-operated water pump, to no avail. John Deane, who was just 18 years of age, removed the helmet from an old suit of armour and placed it on the farmer’s head, attaching the hose previously used for pumping water to the helmet. Deane then used the same hand-operated pump to supply air instead of water to the helmet, and the farmer was able to enter the barn and lead his horses to safety.

In 1879, the notable invention of a regenerative breathing apparatus by a British marine engineer, Henry Fleuss, who managed to create an effective system in a mine rescue operation at Killingworth Colliery.

Even though BA had been in use within the London Fire Brigade since 1913, it was not until 1943 that the Brigade started to consider formalising such use.

[Published: 01st Aug 2008 in Health and Safety Middle East] [Authored by Pat McLoughlin has more than 27 years’ experience in health and safety. He was with ROSPA for six years before forming British Safety Services in the Sultanate of Oman, with his business partner Steve Burke.]

Care and maintenance of your SCBA unit are vital steps to staying safe in the hazardous environments you face in your important job. The best Valentine’s Day present that you can give to your loved ones is coming home to them safe and sound.

The global self-contained breathing apparatus market size has the potential to grow by USD 243.79 million at CAGR Of 4.28% during 2020-2024, and the market’s growth momentum will accelerate during the forecast period.

There are 3 main types of Breathing Apparatus – Escape, Self-Contained and Airline.

Escape sets: An Emergency escape equipment, allowing between 10 and 15 minutes of breathable air helps escape to a safe place and is normally used in areas where regular BA sets cannot be accommodated due to size constraints as in confined spaces and work is carried out using Airlines and an Escape set is worn by the user to move out in emergency situations.

What’s important here is to note that Air (A mix of Oxygen and other gases) and not only oxygen is important for staying alive. Oxygen only is administered in Medical Emergencies under Medical Supervision but at the same time there are certain non-medical situations which may require External Air support system to either work or Rescue or combat emergencies. SCBA is the answer to such situations and proper use of SCBA needs to be understood so that it supports life.

The Industries which use these products are;

The Government needs to be stringent in implementing its recommendations for proper use with the Industry and with Fire departments but it is for the individual and the organization which needs to implement the use of the right product which is properly tested and certified for the right application. Use of Carbon Composite Air storage cylinders make these equipment Light in weight and comfortable to use by all where required.

Pandemics or no Pandemics Fire is here to stay and so is smoke as a result of Fire so SCBA is also here to stay but what is important is the right purchase of the product and proper training to use it in emergent times.